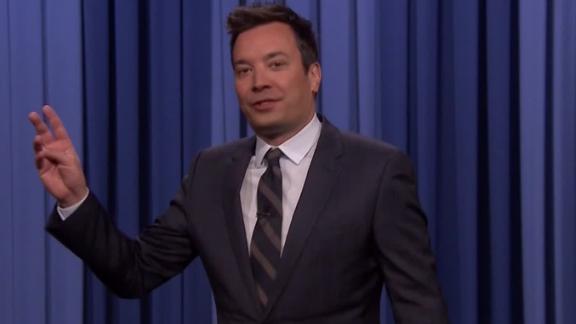 When the United States' intelligence services speak, the world listens. Some out of fear, others welcoming the insight.

Never has that been truer than today.

President Trump's lies, vacillations and inconsistencies have made him as much a predictor of the United States' enduring interests as a passing spring shower is likely to forecast tomorrow's weather.

What they heard will have encouraged them to ignore much of what Trump may say in the remaining years as president.

Trump, for example, has been down on the EU, and up on Brexit; last summer advising Prime Minister Theresa May to sue the EU.

In a headline-grabbing interview with the UK's Sun newspaper, Trump said: "I would have done it much differently," saying he would have gone in harder on the negotiations.

Coats' assessment of US interests over Brexit offers a substantially more nuanced view that flies in the face of Trump's go-in-tough comments.

Coats told the Senate committee a no-deal Brexit remains a possibility and would "cause economic disruptions that would substantially weaken the UK and Europe. We anticipate that the evolving landscape in Europe will lead to additional challenges to US interests as Russia and China intensify their efforts to build influence there at the expense of the United States."

Where Trump goaded May, Coats highlights the pitfalls to which Trump's tactics would lead.

As Brexit teeters toward its divisive conclusion, the message received on this side of the Atlantic is a salutary one with implications lasting long beyond Trump's tenure.

Get caught in Trump's hyperbole at your nation's peril.

In his scathing attack on Coats and the other intelligence chiefs the following day, Trump tweeted: "the intelligence people seem to be extremely passive and naive when it comes to the dangers of Iran. They are wrong!"

He took issue with them on North Korea and ISIS too, although not on Brexit.

And therein lies the drama for any ally dealing with Trump: He blows hot one day and seems to lose interest the next.

Brexit is coming down to the wire. It is getting ugly to the point it could damage the peace agreement in Northern Ireland that Trump's predecessor Bill Clinton was instrumental in securing. But it doesn't seem to be on Trump's radar despite the implications Coats says it has for US power.

How much to trust Trump on any given day, and how much to ignore him over the longer term, seems an inescapable calculus facing many capitals.

In Tehran, Trump's differences with Coats must be encouraging.

While Coats said Iran continues to support terrorists and develop advanced missiles, it is not doing what Trump accuses it of doing -- breaking the terms of the 2015 international nuclear deal, the Joint Comprehensive Plan of Action.

Both he and Haspel said Iran was in compliance, with Coats saying: "I do not believe Iran is currently undertaking the key activities we judge necessary to produce a nuclear device." Haspel said: "at the moment technically they are in compliance but we do see them debating amongst themselves as they fail to realize the economic benefits they hoped for from the deal."

On Thursday, Germany, France and the UK officially established a payment mechanism with Iran that dodges sanctions Trump has reimposed on Iran. It will be called INSTEX and will have the backing of the EU.

If ever there were a case of America's allies listening to its intelligence chiefs rather than its commander in chief, this must be it.

Trump's credibility with his allies seems spent; his enemies seem to have made the same judgment.

Coats, again, much to Trump's annoyance, diverged from his boss' read of Kim Jong Un, the North Korean, nuclear-armed dictator.

Trump, who met with Kim amid much hype in Singapore last summer, maintains the brutal leader is keeping his word to not develop more nuclear weapons.

After meeting Kim last June, Trump tweeted: "No more nuclear testing or rockets flying all over the place." It's a line he has stuck to since to prove Kim's given up his nuclear ambitions.

Coats disagrees, saying that while Pyongyang has halted its provocative behavior, "we currently assess that North Korea will seek to retain its WMD capabilities and is unlikely to completely give up its nuclear weapons and production capabilities because its leaders ultimately view nuclear weapons as critical to regime survival."

Trump has been spun, and Kim isn't the only one doing it.

China and Russia, both of whose leaders Trump likes to flatter, represent the biggest cyber threat to the US, according to the panel of intelligence chiefs.

But it is perhaps ISIS, a potentially more immediate threat to the US, who could score the biggest win.

The director of National Intelligence told the panel: "ISIS is intent on resurging and still commands thousands of fighters in Iraq and Syria."

ISIS remnants in Syria need America's foot to come off the gas in that conflict. Trump recently set that in motion, declaring: "We've defeated ISIS. ISIS is defeated in all of the areas that we fought ISIS" and withdrawing US forces.

Coats pointed out the danger of getting out too soon: "The group has returned to its guerrilla warfare roots while continuing to plot attacks and direct its supporters worldwide."

Trump's intelligence chiefs have offered a rare moment of clarity that allies will relish; the country's enemies will no doubt keep rooting for Trump.

Barricaded man safe and fire out in Junction City