The worst Super Bowl ever 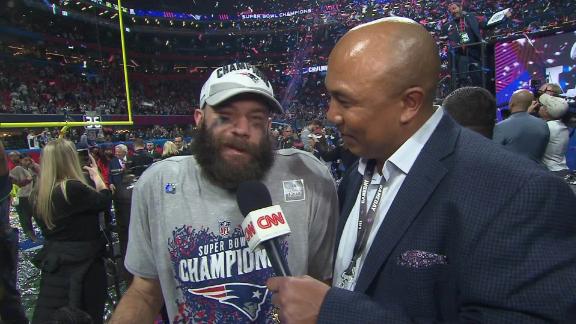 The worst Super Bowl in history has just ended, and I am debating whether to:

B. Throw bricks at my television screen.

D. Find some sort of hypnotist who — with enough session time, or with simple surgery — can forever eradicate the last four hours from my brain.

I am not exaggerating. Super Bowl LIII was not merely bad. It was a boring, lame, non-suspenseful, never-ending, drool-puddle exercise in all that can suck about professional football and the surrounding hoopla. If one is a fan of batted down passes and 2-yard runs up the gut; of the majestic follow through of a punter's leg and the flight of a field goal as it misses the mark ... well, mazel tov. The NFL will happily sell you a $175 commemorative short-sleeve hoodie.

Or, put differently: My mother and father — Hall of Fame-worthy sports ignoramuses— spent their afternoon having tea on a neighbor's patio while eating dried prunes and debating the merits of General Electric's line of dishwashers.

Under normal circumstances, I might not be so upset. The Super Bowl, though, is my thing. The first one I watched was held on Jan. 25, 1981. I was an 8-year-old kid in Mahopac, New York, and the matchup between the Philadelphia Eagles and Oakland Raiders promised to be one of the great nights of my life. So I slipped on the Vince Ferragamo Rams jersey Grandma had bought me for Chanukah, knelt before our 13-inch color Zenith and prepared for the explosive miracle that is professional football at the highest level. In my right hand, I cradled a John Riggins-autographed pigskin. In my left, I held a numerical roster of both teams.

Then I lined up a bunch of Coca-Colas (Not Pepsi — sorry NFL) and absorbed.

The game was technically poor — a 27-10 Raider blowout that featured Eagles quarterback Ron Jaworski launching one fluttering quail after another. I loved it. The colors, the player introductions. I loved the bright lights of the Louisiana Superdome, shining off the silver Oakland helmets. I loved the Afros and the mustaches and the eye paint and the very fact that a Homo sapien named "Petey" Perot (Eagles lineman) walked the Earth. These weren't mere men. They were the grandest of gladiators, performing athletic ballet.

The Super Bowl — that Super Bowl — turned me into a fan, and year after year I anticipated the game and all its trimmings. Not every matchup was fantastic, and not all of the performances legendary. But even when, say, the Chicago Bears pummeled the New England Patriots 46-10 in Super Bowl XX, there were legitimate issues to discuss. Would Walter Payton score his touchdown? (No) Was Jim McMahon clinically insane? (Sorta) Were the Bears the greatest defense of all-time? (Yes)

Now, as I sit here ramming myriad sharp objects into my eyeballs, I ponder all the things that went so terribly wrong with Super Bowl LIII. Sure, 97% of America is sick and tired of Tom Brady's perfectness and Bill Belichick's lumpy sweatshirt. But this is so much more than the mere dry-mouthed fatigue of a hackneyed storyline.

No, this is the NFL failing to address the uncalled pass interference penalty from two weeks ago — one that would have almost certainly resulted in the far-superior New Orleans Saints (not the Rams) being in Atlanta.

This is the NFL trying to convince us (via advertisements featuring Martin Luther King Jr.'s speeches) that the whole Colin Kaepernick thing never happened; that — hey! — we love when blacks speak out, just as long as it doesn't affect our image or our profits.

This is the NFL bringing forth the lamest halftime show in modern memory, in part because Adam Levine of Maroon 5 felt empowered to (ew) remove his shirt, and in part because so many musicians made clear by their absence that they would no longer support the league's entertainment efforts.

Ultimately, what we're left with are two football teams playing a game.

A game that stunk.

This commentary has been updated to include the writer's affiliations, appearing in the Editor's Note.