Wayne Rooney: 'I can still play in the Premier League' 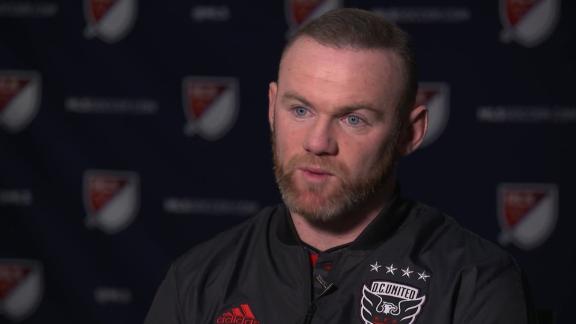 Wayne Rooney talks about the Premier League and possible coaches for his old squad, Manchester United.

Wayne Rooney may be starring stateside at the moment but the former Manchester United man has no doubts he could still cut it in the English Premier League.

The 33-year-old scored 12 goals as he dragged the club off the bottom of the Eastern Conference and into the playoffs with a number of impressive displays.

And while he's clearly enjoying himself in the US, Rooney still believes he's still good enough and hungry enough to play in the Premier League.

"If I'm being honest, I know quality wise, I can still play in the Premier League," Rooney told CNN Sport.

"I know that. I've always been a confident person, and so I have high expectations of myself.

"And yeah, I've come here expecting to do well. And I think there was a surprise from people who have their opinions, which is fair enough, but I never doubted myself at all."

Rooney rejoined his boyhood club Everton in July 2017 after 13 years at Old Trafford, before moving to the American capital as the English Premier League's second highest goalscorer of all time.

From there he's continued to follow the goings on at former club United and its renaissance under the guidance of caretaker manager Ole Gunnar Solskjaer.

The Norwegian has made an astonishing start to his reign, winning nine of his 10 games in charge since replacing Jose Mourinho in December.

But despite his success, United has yet to make a decision on Solskjaer's future beyond the end of the season with Tottenham boss Mauricio Pochettino also being linked with the job.

"I think, the club will have a decision to make at the end of the season, and it'd be nice to see if Ole's going to continue with this form, and get a shot at the job on the payment basis.

"But if not, if the club go to choose from somewhere else, then I think in my opinion Pochettino would be the right guy."