What's behind the logjam in Mount Everest's 'death zone' 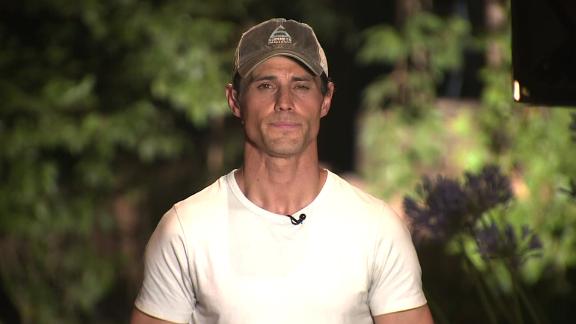 A filmmaker described what it was like climbing Mount Everest and, at times, having to move past climbers that caused a "traffic jam" from overcrowding.

The photo says it all: A queue of what looks like more than 100 bundled-up climbers lining the top ridge of Mount Everest like a human mohawk, each waiting their turn to get to the summit. It's an area known as the "death zone," since there isn't enough oxygen in the atmosphere to breathe unaided for more than a few minutes. Climbers bring extra supplies, but the long lines have, many say, contributed to a record 11 deaths this year on Everest.

Veteran climbers point to a variety of culprits for the logjam and rising death toll: Novice climbers enabled by inexperienced commercial operators, and a cash-strapped Nepalese government letting too many people onto the mountain.

It's not hard to see how the incentives to undertake this deadly challenge work from all ends. In our social media-saturated culture, what were once rare human feats accomplished in far-away places are closer to home than ever. You see an old classmate summit Everest on Instagram and a childhood fantasy to scale the giant reemerges. You only live once, right? Even if you're now a 50-something office worker, it's easy to conclude that you're reasonably fit enough, and besides, there are companies that will help out and would surely tell you if you couldn't do it.

The reputable companies will give it to you straight. But there's also a demand for those that will say yes to just about any climber willing to pay, and so of course -- as reported by BBC, Outside and others -- less skilled and less experienced operators have stepped in to fill that void.

Travel is cheaper than it used to be, too, and as more of the world gains disposable income, more people can go to places that were once reserved for a privileged few. This is a good thing. But it also means that, for destinations that are either delicate or dangerous, gatekeepers are more necessary than ever to keep people safe and maintain Earth's natural treasures.

Nepal, where Everest is located, is one of Asia's (and the world's) poorest countries, and its outdoor wonders are one of its greatest resources. Tourism is the nation's biggest industry, and it keeps growing -- for the first time, according to the Nepal Tourism Board, the number of visitors to Nepal crossed 1 million last year, contributing nearly 8% to the country's GDP. More than 500 of those tourists summited Everest; many others climbed the nation's other stunning mountains in what is for many tourists a once-in-a-lifetime journey. For a developing country still recovering from a devastating 2015 earthquake, these tourist dollars are a lifeline.

The government of Nepal understandably wants to let as many people as is reasonably safe up the mountain -- each climber means tens of thousands of tourist dollars and much-needed government revenue. And it's tough to be too hard on less-experienced operators when you recognize the simple fact that tourists are bringing millions of dollars into an impoverished nation, and everyday people are simply responding to that demand.

But this is costing too many people their lives -- both visitors and guides. And eventually, it could cost Nepal, too, if experienced climbers decide Everest isn't worth the crowds and the risk they create, and less experienced climbers become (rightly) nervous about the quality of the operators they are trusting with their lives. Tighter safety standards -- fewer people allowed up the mountain, stricter credentialing for operators, a clear "no" to climbers who simply lack the experience or fitness for the ascent -- won't just save lives in the short term; they could keep Everest a sustainably profitable destination for the long haul.

Responsibility also falls to the climbers themselves. For a great many people, scaling Everest is a dream. But not every dream can and should be realized -- especially if you aren't just risking your own life but those of your guides and compatriots on the mountain. After all, each climber is supported by Sherpas who, when something goes wrong, have to perform emergency aid and risk their own lives dragging a sick, dying or dead person down a treacherous mountain. If you don't even know how to put on crampons -- and I don't -- you (and I) probably shouldn't be climbing Everest.

Even experienced climbers have lost their lives on Mount Everest. There's no single evil entity to blame here, even if there are a series of less-than-ideal actors, from a struggling government to profit-driven companies to self-indulgent tourists who believe their bucket list trumps the lives and physical safety of those around them.

But there is shared responsibility to humanity at work here as well. Go to Nepal -- it is one of the most magical places on Earth. But travel -- and life -- shouldn't be about checking items off of a list.

Everest is a dream for many people. But instead of organizing your travel according to potential accomplishments and Instagram likes, consider going somewhere unfamiliar and simply being present and receptive there.

You don't have to scale a mountain to live out a dream if what you aspire to is a life rich with experience.

Friend of victim speaks out after North Bend murders

Father of kidnap victim found in Wisconsin speaks out

Power restored to hundreds of Lane County residents after outage