Marianne Williamson: What I learned raising my daughter in an affluent suburb 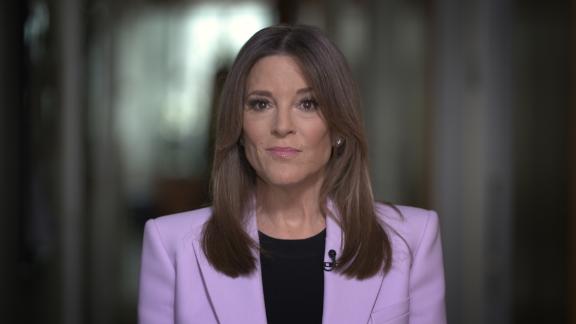 Author and 2020 presidential candidate Marianne Williamson answered voter questions at a CNN Town Hall. We asked a few questions behind the scenes.

In the late 1990s, I lived in Grosse Pointe, an affluent suburb of Detroit, Michigan, while raising my daughter. During that time, there were people in inner city Detroit who would rent apartments in Grosse Pointe, several families at a time, to enable their children to attend Grosse Pointe South High School, a top-notch public school.

Local governments determine the enrollment policies of children in their school. Grosse Pointe's was that your house, rented or owned, had to be your primary residence. If a child was enrolled in a school where the family was renting a second property, living with a relative, or with a parent who did not have primary custody, the district could eject them from school, extract fees from their families and potentially prosecute them for making false statements about residency.

In the richest country in the world, that should not be so.

I promised myself that if I ever had to chance to try to fix this, I would. And now, one of the pillars of my campaign for the presidency is a commitment to see every child in America -- regardless of their zip code -- attend schools that are, as I have called them, palaces of learning, culture and the arts. Such schools do exist in America. Our problem now is that there are not enough of them.

If America wants prosperity years from now, there is no better way to achieve that than to take better care of our children today. There is no greater financial boon to be realized by our country than the millions, billions and perhaps trillions of dollars that will result from a fuller commitment to the development of the potential of American children as they grow into productive citizens. And there is no greater social, moral or economic failure on our part than neglecting them.

Millions of American children attend schools with classrooms that don't even have adequate school supplies, and with children not learning to read at proficient levels. If a child cannot read by the age of eight, chances of high school graduation are drastically decreased. Without a high school diploma, chances of incarceration are drastically increased, especially for African American men.

Millions of our children go to school hungry every day. Millions experience a form of PTSD from living in violent homes and communities, which psychologists tell us is no less severe than the PTSD of a veteran returning from Afghanistan or Iraq. This issue was brought to my attention through the work done by Marion Wright Edelman, founder and president of the Children's Defense Fund. Furthermore, we have elementary school children in America on suicide watch and children who are traumatized before they even reach pre-school.

The political establishment has not done enough to address these injustices, but I will. If elected, I will establish a US Department of Children and Youth to provide a coordinated response to the chronic trauma of millions of American children. We need trauma-informed education and community wrap-around services--planned, individualized community and family-based services designed to provide greater support to children and students with emotional and behavior disorders. We need restorative justice and conflict resolution, violence prevention and anti-bullying, better nutritional services for mental health and social work and mindfulness in the schools. If elected I will change America's social contract with our children in fundamental and meaningful ways.

I will never forget watching a mother leave my daughter's school one day, her arms around her weeping daughter -- both of them rejected by the system for having tried to achieve a better education. I hoped I'd have the opportunity one day to do something to help them. For the love that will save the world is not just the love for our own children, but the love for all children, including those who live on the other side of the tracks.

No American child -- and no American parent -- should have to face such a very hard time trying to get the highest quality education. And if I'm elected president, the day will come when they will not.