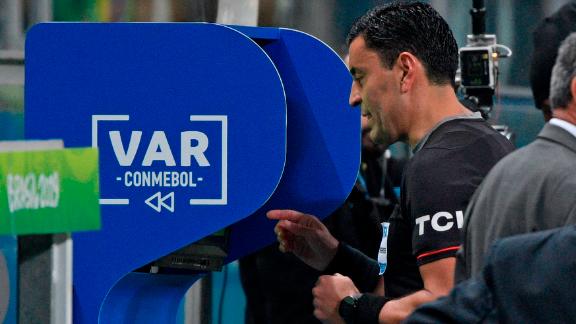 VAR is set to debut in the upcoming 19/20 Premier League season, former referee Neil Swarbrick has had his say on the technology

Romelu Lukaku is set to join Italian giant Inter Milan in a deal worth a reported $90 million ahead of the closing of the English Premier League transfer window Thursday.

The Manchester United forward, who arrived in Milan late Wednesday, was greeted by hundreds of fans as he walked through the arrivals hall, according to footage on social media.

Lukaku, 26, has fallen out of favor at United under head coach Ole Gunnar Solskjaer and spent part of last week training with his former club Anderlecht in Belgium.

On Wednesday, the player's agent, Federico Pastorello, posted a photo of the couple flying to Milan on board a private jet.

The Belgian international, who joined United two years ago from Everton in a deal worth £75 million ($91 million), scored 42 goals in 96 appearances for the club.

But Lukaku struggled last season, scoring just 12 league goals with only five of those coming in the second half of the season.

Speaking last Sunday, Inter Milan coach Antonio Conte revealed he had previously tried to sign Lukaku when he was in charge of Chelsea between 2016-18.

He told reporters that he was "very hopeful" of bringing the player to Inter.

United opens its Premier League campaign against Chelsea at Old Trafford on Sunday.