Elizabeth Warren's excellent opening gambit on Medicare for All 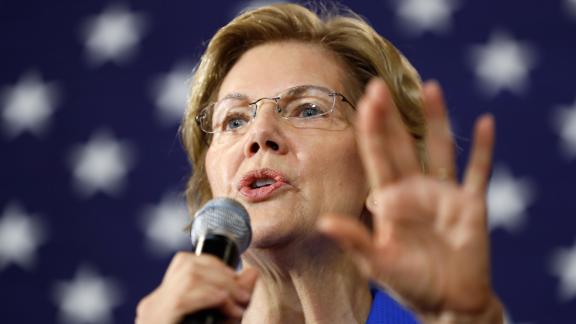 Sens. Elizabeth Warren and Bernie Sanders have set themselves apart from the Democratic presidential field in explicitly advocating Medicare for All proposals. Under their plans, an expanded Medicare system would fully cover everyone in the country. There would be no co-pays, deductibles and premiums — and no private insurance.

Warren has repeatedly been asked how she would pay for this plan. She had resisted saying that she would raise taxes and insisted that costs for the middle-class would go down. On Friday she outlined how this can be done.

The current system imposes large administrative costs on hospitals, doctors' offices, nursing homes and other facilities that need additional staff to deal with complex billing arrangements. These unnecessary administrative expenditures can exceed 20% of total payments. If administrative costs at providers were reduced to Canada's levels (a country with universal coverage), it could save another $2.1 trillion over the next decade.

Warren also proposes large reductions in payments to health care providers. Patients in the US pay drug companies, medical equipment manufacturers, doctors and other providers on average roughly twice as much as in other wealthy countries.

The biggest chunk of her projected savings is on prescription drugs, where she proposes to reduce prices for brand drugs by 70% and generic drugs by 30%. She has likely underestimated the potential savings from these price reductions, since her calculations leave out the roughly $100 billion spent annually on drugs by hospitals, nursing facilities and other providers.

Even with these and other cost savings, Warren projects that the federal government will need another $20 trillion to cover her Medicare for All proposal. She calculates that $9 trillion of this gap will come from the premiums that employers now pay for their workers' health insurance. Employers, she reasons, should not care whether they are paying this money to insurers or the federal government.

This still leaves a gap of $11 trillion, or roughly 5% of GDP. She proposes to fill it with a financial transactions tax, an increase in the corporate income tax, reduced tax avoidance and a wealth tax on the country's very richest people.

Does it all add up?

There are a lot of moving parts here, each of which involves practical as well as political problems. Squeezing payments for pharmaceutical companies (we should do the same for medical equipment companies) will lead to lower spending on research. The government can make this up with additional funding to the National Institutes of Health and other government agencies. Still, the prospect of reduced privately funded research is an issue.

Similarly, lower payments for doctors may lead some to try to practice outside the system. Warren would want to make this difficult, but most likely doctors will have the legal option to practice on their own and charge whatever they want. Some well-connected doctors will likely do this.

There are issues with the planned funding mechanisms. It makes more sense just to charge employers a set percentage of wages rather than base payments on historic insurance premiums. In addition, a wealth tax may prove problematic for a variety of reasons.

However, we should realize this is an opening gambit, not a finished product. The final version of the Affordable Care Act was 2,300 pages when it went to a vote. It is unlikely that a Medicare for All bill will be any shorter.

Warren's proposal is not the final word. But it is an excellent first draft that provides a basis for future debate.