The lesson in Trump's unfortunate diagnosis 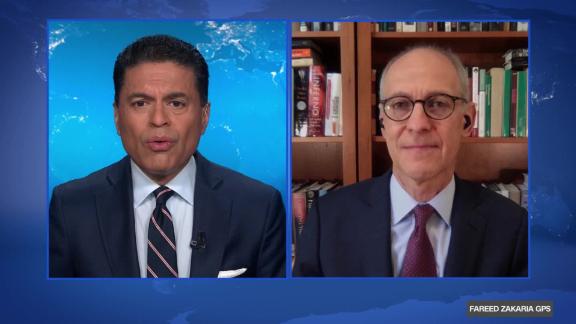 Former Obama White House health adviser and MD Zeke Emanuel joins Fareed to look back on the events leading up to the President's coronavirus infection.

Let me begin by saying I wish President Trump and the first lady a safe and speedy recovery. I also hope that others who might have been infected along the way, who either work with the President or attended an event with him, have a mild case of the disease and a return to normalcy as soon as possible.

The news out of the White House is sad, but perhaps it can remind us of the sad news all around. We might have Covid-19 fatigue, but the virus does not. The number of people known to have died from Covid-19 has crossed one million worldwide. And that is probably a low figure. An analysis by The Economist magazine indicates there may be as many as a million more uncounted deaths. It finds that the true count in America is probably not 200,000 dead but more like 300,000 -- which means the country has lost as many people to Covid-19 in the last eight months as it did in the four years of combat in World War II.

And we are not done. Egged on by advisers and conservative pundits, the President keeps saying things like this: "We're rounding the corner with or without a vaccine. They hate it when I say that, but that's the way it is. We're rounding the corner." The reality is that the virus is still coursing through country after country. India now has more than half a million new cases every week and is on track to overtake the United States for most cumulative cases on the planet. Latin America has seen sharp spikes in some places. New waves have hit parts of Europe and the US.

Tragic as the deaths are, the broader and more long-lasting effects are likely to be economic. The world economy is in the worst condition it has been since the Great Depression of the 1930s. And the effects of this downturn have been particularly tough on the most vulnerable sectors of society. Take a look at the four charts displayed midway through this Washington Post story, showing the last four recessions in America. The green lines show the effects for the top 25% of income earners, and the purple show the bottom 25%. You will notice that in most recessions, the top 25% and bottom 25% lose about the same share of jobs. In this case, a chasm has opened up -- the bottom 25%, the poorest amongst us, have seen jobs evaporate.

The jobs report released this week shows 36% of unemployed workers are now classified as permanently unemployed. A Pew Survey found that 42% of Americans have had someone in their household lose a job or wages because of Covid-19. Around 10% of adults, 23 million, say their household sometimes or often doesn't have enough to eat, according to the US Census Bureau. And that's in America. Imagine the situation in countries like India.

But the point is simple: we are in the midst of the worst global pandemic in 100 years. We are still not handling it well. We do not have good mass testing and tracing. We are not providing nearly enough economic relief to the tens of millions whose lives have been devastated not because they ran their businesses poorly, not because they acted irresponsibly, but because of a pandemic.

Trump's unfortunate diagnosis could serve a useful purpose, to remind us that we need to get our act together -- because we are all in this together.

Former Thurston teacher gets 7 years in prison for sex abuse

Owner of viral video of mask assault says it was 'coordinated.'

No charges in crash that killed Coos Bay man