Four words can save America: Donald Trump, you're fired 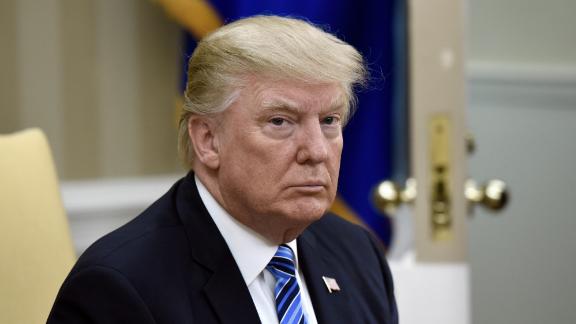 The obvious issue of greatest concern to most prospective voters as we approach the presidential election is the still-raging Covid-19 pandemic. President Donald Trump, now infected himself and staging reckless photo ops, claims that he has done a brilliant job of managing the crisis, which has killed more than 200,000 Americans. Candidate Joe Biden has urged a national mask mandate and says "our nation's Covid crisis is far, far from over." Polls suggest that most voters will cast their ballots based largely on the verdict of that all-consuming issue.

Meanwhile, longstanding historical trends measured before the pandemic indicate that slightly more than 40% of the eligible electorate likely will not vote, for reasons that drift between indifference and sardonic contempt for politics in general. Ironically, the United States, the first liberal nation-state in modern history, has one of the lowest turn-out rates of any advanced democracy in the world. That needs to change before the election, now less than a month away.

For four reasons, we are at an inflection point that will determine the direction of the American story long after the pandemic has receded into the middle distance. Those who have never voted before, and will never vote again, must not miss the most consequential election of their lifetime.

The first reason is climate change, a truly apocalyptical threat to civilization as we know it that seems invented by the gods to avoid solution by democratic governments. Why? Because public opinion will only mobilize to stop sending carbon into the atmosphere when the disastrous effects of global warming become undeniable even to those who try not to see it. And by then it will be too late, because atmospheric temperatures will be rising catastrophically. Kiss all our coastal relics goodbye and tell all your children and grandchildren to forgive us when prolonged droughts, floods, and famine become the new normal. We are already abysmally late to the game on this emerging crisis. Four more years of a president who regards climate change as a hoax will make it almost impossible to get ahead of the curve. We will look back at Trump as the American Nero who tweeted while California burned.

Second, what Rev. Martin Luther King Jr. called "the arc of the moral universe" will move downward or upward -- away or toward justice -- on the results of this election. Trump's presidency has demonstrated that a sizable portion of the White population indeed regards King's dream as a nightmare. For them, White Lives matter more, always have and always will. And Trump has been willing to play the race card up in appalling ways, even giving quarter to white supremacist groups and racists from the fringe to the center.

His defeat would not mean that we are entering post-racial America, a delusion that accompanied the election of President Barack Obama. Racism has been a cancer in the American body politic for three centuries. It is never going away completely. But we can keep getting closer to King's dream, an updated version of Thomas Jefferson's words in America's founding document that begin "We hold these truths to be self-evident." Biden's election gets us back on the upward arc.

Third, America's already problematic status as a "city on a hill," the global leader of the liberal order, would end in a second Trump term. A Pew Research study shows that America's standing around the world has fallen to historic lows amid the pandemic. Those isolationists in rural America and elsewhere who currently endorse "America First" would likely discover quickly in a second Trump term that -- to put it hyperbolically but bluntly -- a world where Chinese is the international language, the Yen the common currency and autocracy the political model is not to their liking or interest.

To be sure, a Biden presidency would need to repair the damage Trump has done with our European allies, reject the impossible mission of serving as the police force for the world and perform the clear-eyed strategic assessment about the size and mission of our military establishment that never successfully occurred at the end of the Cold War. He should also update those international institutions the United States created after World War II. Given our economic and military power, American destiny abroad is still manifest, though needs to be shorn of hubristic versions of American exceptionalism and delusions of unlimited resources. None of that would occur in a second Trump presidency. "Make America Great Again" actually means rejecting American greatness.

Fourth, and finally, the very fate of the American republic is at stake. Trump regards himself as above the law, takes Vladimir Putin and other dictators and strongmen as role models, makes no secret of his desire to remain in office for life and has dismissed the prospect of his defeat in November as evidence that the election is rigged, refusing to guarantee to abide by its results. All these autocratic tendencies make the unthinkable quite probable. A Trump second term could make the November election the last act of the American republic. Yes, it could happen here.

As the election looms, efforts to disenfranchise voters are already underway in several battleground states where Republicans control the legislature, most visibly in Pennsylvania, Florida and Texas. Russian hackers are busy flooding the internet with disinformation, even more than they did in 2016. In order to offset these efforts to rig the election and produce post-election chaos that is decided by a politicized Supreme Court, there is one simple and unanswerable response: overwhelming voter turnout, a clear mandate to go forward rather than backward, an unmistakable message saying, "Donald Trump, You're Fired."

Nonstop flights to Texas take off at Eugene Airport