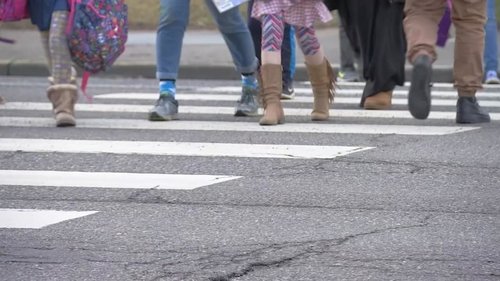 A Portland elementary school is in hot water tonight after allowing parents to bid money on who they want as their child’s next teacher.

PORTLAND, Ore. (KPTV) -- A Portland elementary school is in hot water tonight after allowing parents to bid money on who they want as their child’s next teacher.

Although organizers said it was meant to raise funds for the school, the teacher auction had some unexpected consequences.

“I don’t think it was a good idea. I do know however that the intent was really good,” Sarah Simons said, whose two kids attend Markham.

The Oregonian was first to break the story, after obtaining internal emails the school’s principal, Shawn Garnett, sent to two PTA members.

FOX 12 spoke with one of the parents who bid on a teacher. Cari Carr said she paid $150 to select a teacher but only did so to help the school raise money.

“We don’t have any bad teachers,” Carr said. “There are no teachers that people are trying to avoid.”

According to Carr, as a former Title I school with a high percentage of low-income families, Markham used to receive government funding but that ended this year.

A PTA member who spoke to FOX 12 on the condition of anonymity said the auction was meant to fill the financial gap.

However, in a letter FOX 12 obtained through a public records request, days after the auction, Principal Garnett wrote to the PTA informing its members of the backlash.

In the email, Garnett wrote that her staff questioned whether the teacher auction was equitable.

Shannon Kandel, whose four kids attend Markham said, “Sure it could be unfair.”

However, Kandel argued that all parents can request to have their kids placed with a certain teacher for free, if they have a valid reason. While it is not guaranteed the school will grant their request, the option is free to all.

Of the $52,000 raised in the auction, $1,600 came from the six parents who bid on a teacher, according to a PTA member. District officials told FOX 12, that money has since been returned.

"Like many public school PTAs and foundations in Oregon, Markham Elementary School PTA conducted a fundraiser auction on March 2, 2019 to raise funds to supplement the insufficient funding that is provided by the state and federal government. Markham recently lost its Title 1 status, so the funding gap was even greater this year than in years past. For example, Markham recently had to cut technology education by 50% and eliminated some educational programs as a result of lost funding.

As a PTA, we prioritize equity and focus on programs that will increase access for all students. The Markham PTA funds things like chromebooks for our students, math software, literacy support materials, sensory support tools, library books, English language learning programs, scholastic news for curriculum enhancement, art supplies, field trips, music equipment, cafeteria supplies, and much more. Our funding choices are based on meeting teacher and administrator requests.

The auction was organized and run entirely by volunteers, primarily parents of students at the school. During the event, just prior to the live auction portion of the evening, a parent proposed the idea to the school’s principal, who was in attendance, that the auction include the opportunity for parents in each grade to choose their child’s teacher for the following year. The principal approved, and auction leadership included it in the live auction. It was a spur of the moment decision by everyone involved. After the auction, teachers began expressing concerns to the principal about the decision, including whether it was equitable. When the PTA received notice of the teachers’ concerns from the principal and the request from the teachers to refund the item and cancel its sale, the PTA did so promptly and apologized. The PTA highly values the opinions of the teachers and principal and our mission is to support them in the work they are doing with Markham’s students."

Amid deadly wildfires, conservation icon missing in forest he fought to preserve