Mister Rogers' kindness is honored with '143 Day' in Pennsylvania 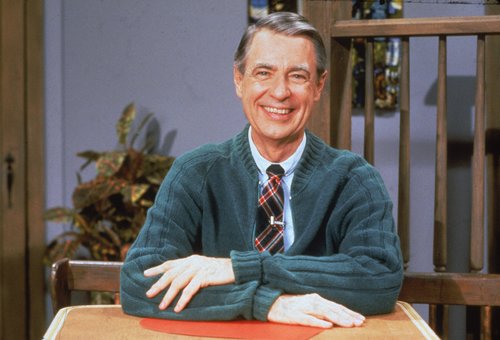 Beloved children's television star Fred Rogers had a special code to let the people in his neighborhood know that he cared.The late star of "Mister Ro...

Beloved children's television star Fred Rogers had a special code to let the people in his neighborhood know that he cared.

The late star of "Mister Rogers' Neighborhood" would say to his friends, "1-4-3," which stood for the number of letters in the words "I love you."

Now, the Pennsylvania native best remembered for changing his shoes and zipping up his cardigan is being honored for his kindness by his home state.

Wolf tweeted that it is Pennsylvania's first statewide day of kindness.

The state's website is urging residents to perform simple acts of kindness, such as giving someone your seat, taping coins to a parking meter or complimenting a stranger and featured a quote from Rogers.

"Imagine what our real neighborhoods would be like if each of us offered, as a matter of course just one kind word to another person."

The Fred Rogers Center, which was set up to continue his legacy, says that the number 143 was very special to him. It also was the weight he maintained during his adult life.

Rogers explained the significance to delivery man Mr. McFeely in one episode.

The state hopes 143 Day is just the beginning and that Pennsylvanians -- and anyone else who wants to participate -- make every day a beautiful day in the neighborhood.