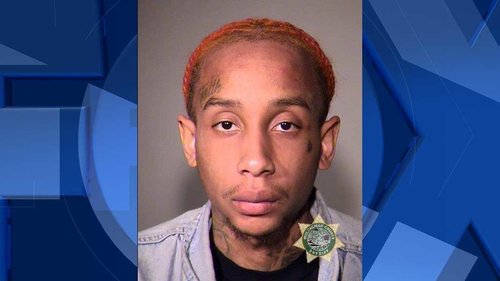 PORTLAND, OR (KPTV) -- A 25-year-old man was arrested after he reportedly targeted a woman with bodily fluids, according to court documents.

The investigation began on Feb. 28 when, according to court documents, a woman reported to police that a man had ejaculated on her while at the Title Wave Used Bookstore, located at 216 Northeast Knott Street.

Wimberly was known to bookstore staff and his name was given to police, according to court documents. He was then identified by the victim in a photo line-up.

A sample of the bodily fluid was submitted to the Oregon State Police Crime Lab, and the test later showed positive for semen.

Court documents state that additional testing is pending to confirm a DNA match.

Wimberly is scheduled to be arraigned Monday morning, according to the Multnomah County District Attorney's Office.