Museum tells the stories behind the toys 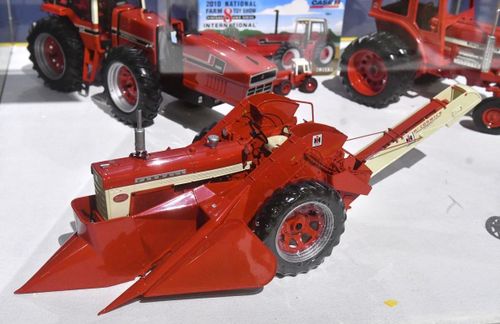 A Cabbage Patch doll, a toy so sought-after that in 1983, some stores were stampeded during the Christmas rush.

DAVENPORT, IA (Quad-City Times ) -- A Cabbage Patch doll, a toy so sought-after that in 1983, some stores were stampeded during the Christmas rush.

A metal truck made in East Moline that was so sturdy that children could actually ride it.

An Easy-Bake oven so real it actually baked cakes, but also could burn fingers.

These are three of hundreds of toys included in a new exhibit at Davenport's Putnam Museum titled "Play: The Story of Toys."

The purpose of the exhibit is not to document every toy in the Toy Hall of Fame, but to examine the role of play and toys through culture and time, and to explore themes surrounding gender, work roles, pop culture, fads and advanced technology, Christina Kastell, curator of history and anthropology at the museum, said.

Play, as the placards accompanying the exhibit explain, is a central part of a child's development of cognitive and social skills.

In 20 different cases, you'll see a wide range of play things grouped by categories. All cards are printed in English and Spanish, a first for the Putnam.

Anyone who's every been young — or who still is — will doubtless recognize toys they played with, bringing back memories.

The oldest toys in the exhibit are two prehistoric miniature clay vessels from the Mississippian culture around 1200 A.D. Perhaps they were made by girls in imitation of their mothers, Kastell said.

New toys are those that are multi-cultural and inclusive, such as a Barbie with a prosthetic leg.

Here are five toys that may catch your eye:

• Barbies. These include a version with a rounded, detachable abdomen that makes her pregnant, or not pregnant.

• A nurse's medical kit. As the placard explains, doctor and nurse kits have been around since the 1930s, and until recently, the doctor kits were marketed to boys and the nurse kits to girls.

• Farm toys. One of the stand-outs is a shiny red International Harvester Farmall 560 tractor with a mounted corn picker. This is on loan from the collection of Harry "Bing" Crosby of Moline who started working at the company's plant in Rock Island when he was 18. His collection began out of a desire to collect versions of the tractors that he worked on or drove while working.

• A GI Joe, one in a line of action figures marketed by Hasbro. The figure was developed in 1963 and represented the four branches of the U.S. military: army, navy, marines and air force. "You will notice that the toys are not called dolls but action figures because they were intended for boys," the placard states. "The word 'doll' carries a social stigma in the U.S. when used for boys' boys."

• Lawn darts. The game has been around since the 1950s and has been banned on three separate occasions. "Whoever first thought to take large, weighted, metal darts with spiked ends and put them in the hands of children to throw at a target on the ground obviously didn't have a clue as to what kids would actually do with them," the placard states.

The Putnam's toy exhibit will be on display through 2021.